The World and Beyond

The world map has been redone visually and is now generated better. Check out those mountain ranges! 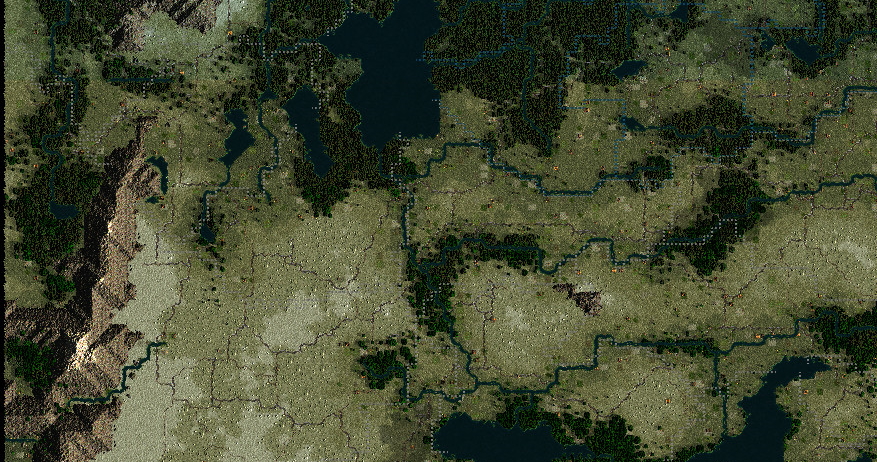 Regions The map is now divided into regions. You start with one. Regions can produce resources if you tax them. You can see the potential of each region for each resource.

To tax a region, you'll need honour and that is the same as reputation ATM. You set a general tax on the region and then distribute that tax over the resources. It's better to focus on one resource than several.

Every other day, a shipment will be created, that will make its way into your city and deliver its goods in your import depots.
You can claim other regions as you reputation increases.

Land Marks
I've also added landmarks to the world map. Landmarks have no function ATM, but they're in and those generous souls who opted for that reward have their name and description tied to them.

Trade
A fully dynamic trading system, based on supply and demand is now yours to exploit with the other NPC factions. In the resource manage screen you can see prices and adjust your trading. You start with 0 credits, so if you want to get into the game, you'll have to export something first. There's no benefit to hoard credits, you should use them to import stuff. 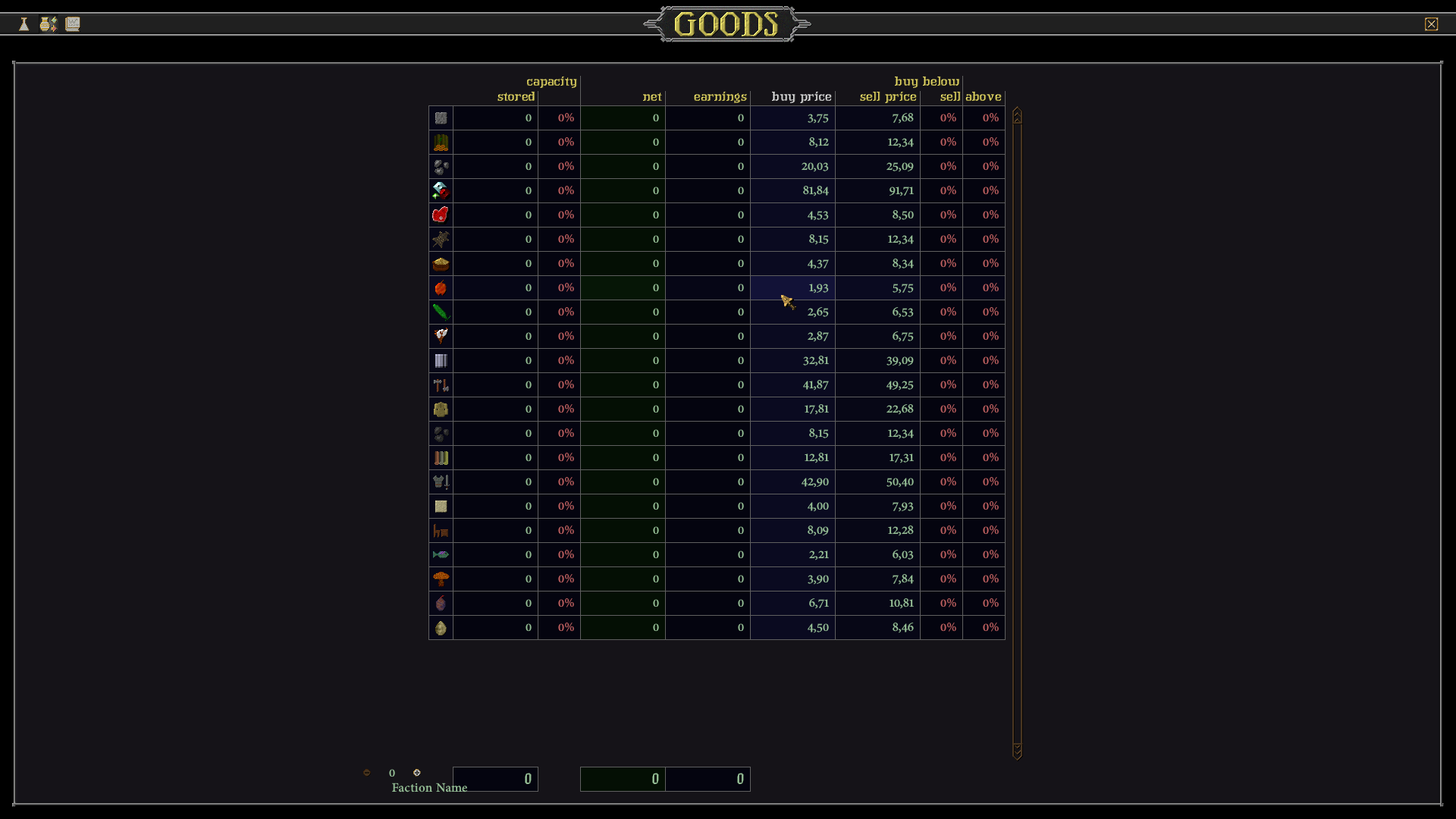 Toll
A small toll is paid with each purchase. This goes to to caravans. The caravans will distribute this toll along the path they take. In other words, being between to trading factions will earn you credits.

Trade Depot
This is where you export your goods. It has workers that function just like your stockpile deliverymen. You set how much to export in the for of a %, that represents your stockpile's current load. You can for instance set export when over 70% and your traders will fetch when your stockpiles are above this level. 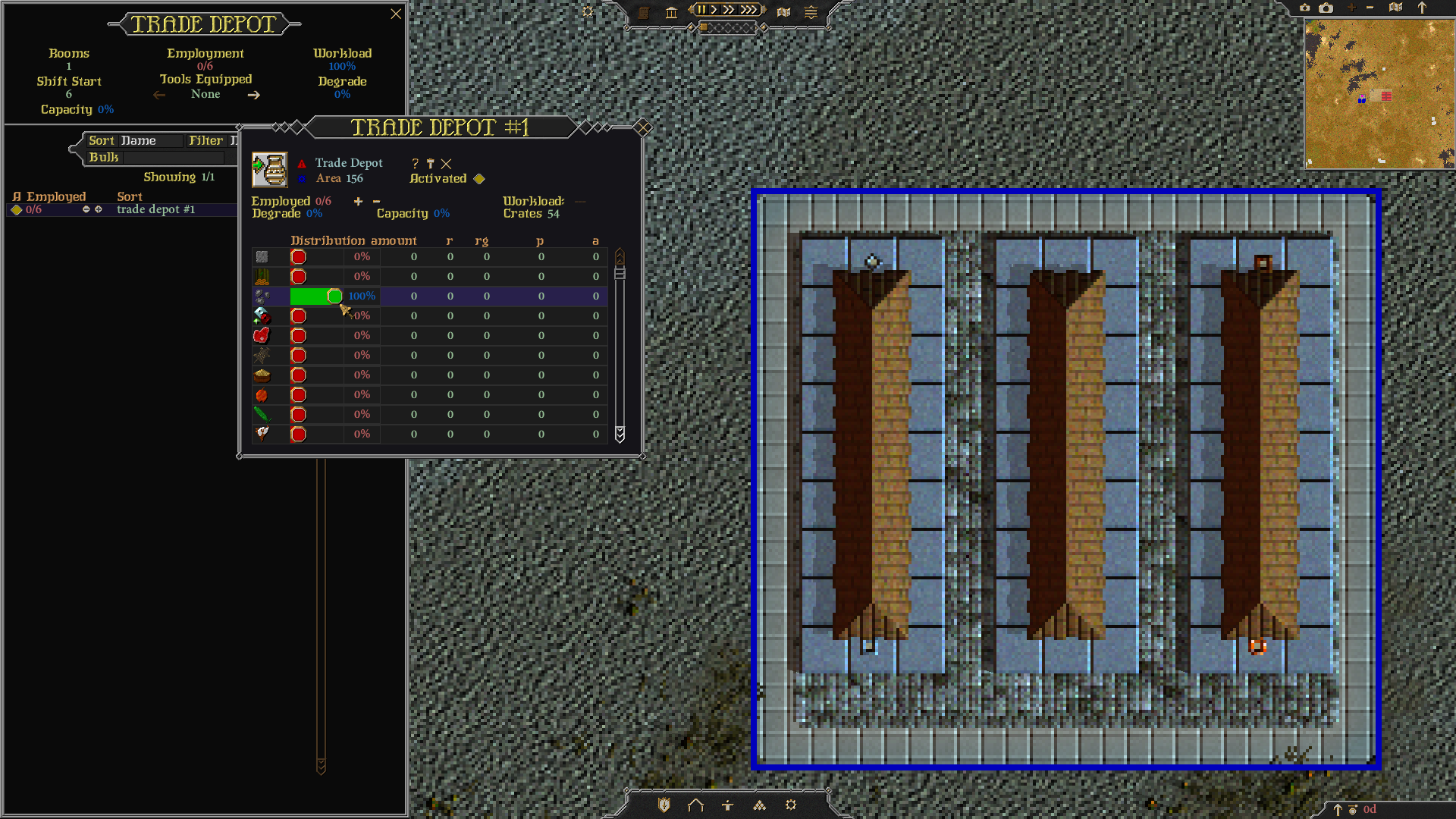 Delivery Depot
This room has no workers and can accept only one resource. Place them where needed. They are needed to accept any form of resources from the outside world, be it deliveries from your regions, or imports. 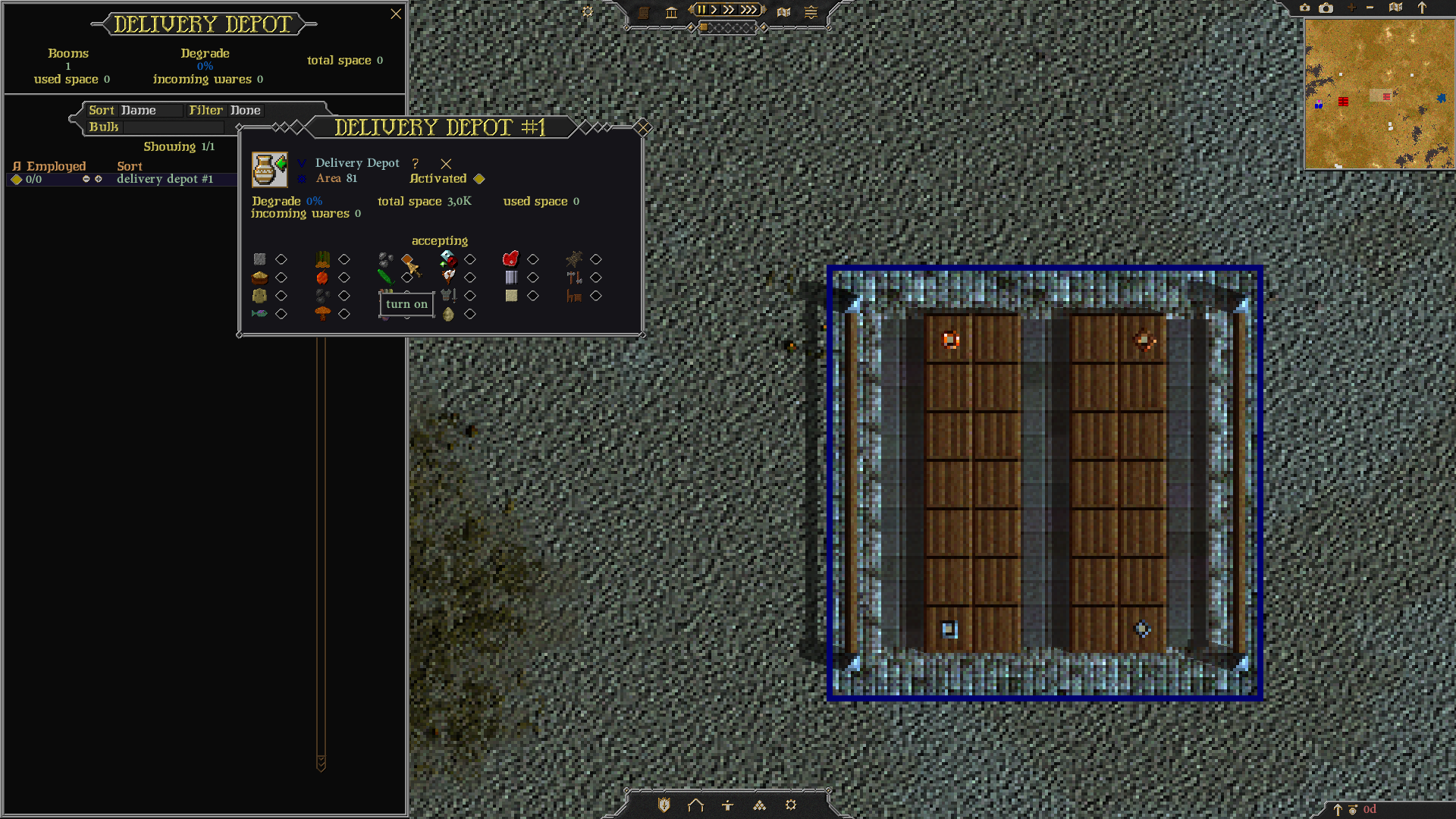 The Future
Sadly I need to do a bit of boring stuff for the coming future. I'll spend the day up to steam release working on bugs, a few suggestions, re-factoring the code base and polishing the UI. I hope to make something clever with room construction and simplify the process. I also intend to add support for more languages and modding. I'm also going to commission Jasinka and have her make some more music. After steam release I'll start on nobility and slaves.

I can ramble on for a while, but rather summerise: Awesome

World Map is re - generated to look absolutely f**king amazing